Australian artist Kirrily Hammond has lived and worked in Copenhagen, Denmark, since the end of 2018. 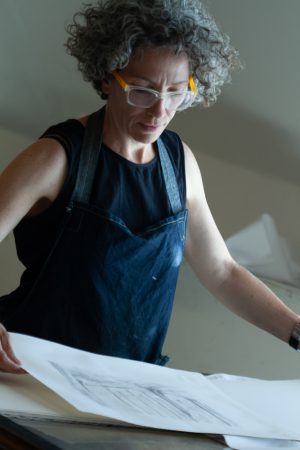 The landscape has been a constant theme in her practice for over twenty five years and her images are intuitive responses to her surroundings. Inspiration for her paintings, such as the two series ‘Gippsland Twilight’ 2008-12 and ‘Brunswick East’ 2012-14, is drawn from explorations of country roads and suburban backstreets. At the end of the day, when the light is fading, the landscape becomes indistinguishable and quiet vistas are punctuated by the glow of car headlights and occasional street lights. Kirrily’s works are about capturing small moments of sublime in the everyday, inspired by the delicate transience of a dandelion, evening light through a car window and memories of a place.

Born in Newcastle, Australia, Kirrily studied at Canberra and Glasgow Schools of Art, graduating with a BAVA (Hons) in 1997. She also completed a Curatorial Masters degree at the University of Melbourne in 2003. Kirrily was awarded the Harold Wright Scholarship in 2005 to study the prints & drawings collection of the British Museum, London. In 2017 Kirrily completed a Diploma of Law (Collection Management) through the Institute of Art & Law, UK.

Kirrily has concurrently worked in the arts sector as a curator since 1995 and is presently cataloguing the print archive of Borch Editions, a print publishing workshop in Copenhagen. Between 2005 and 2018 she was Curator – Collection, then Collection Manager at Monash University Museum of Art (MUMA) in Melbourne, and a Board Member of National Exhibitions Touring Support (NETS Victoria) from 2011 to 2015, including Chair 2014-15. Her curatorial projects include 15 Minutes of Fame: 20 Years of Pop Prints, National Gallery of Victoria, International, 2004; Extra-Aesthetic: 25 Views of the Monash University Collection, MUMA, 2005; Reverie, 2006,Materiality, 2007 and Fictions, 2008 at the Switchback Gallery, Monash University, Gippsland Campus; Premonitions: The Monash University Collection 1961-2007, McClelland Gallery+Sculpture Park, 2008; Richard Lewer: Nobody Likes a Show Off, MUMA, 2009; The Devil Had a Daughter, MUMA, 2011; Self Conscious: Contemporary Portraiture, MUMA, 2012; Nocturne, Arts Project Australia, Melbourne 2013; and co-curator for Linda Marrinon: Figure Sculpture MUMA 2015.

For lots of images of art and daily life that inspire, go to Kirrily’s Instagram account  @kirrilyh 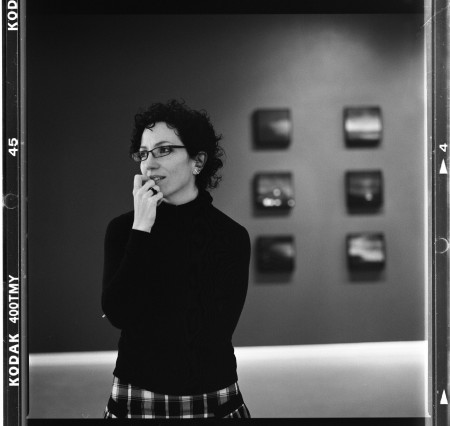 Above: colour photo by Amanda Betz 2021